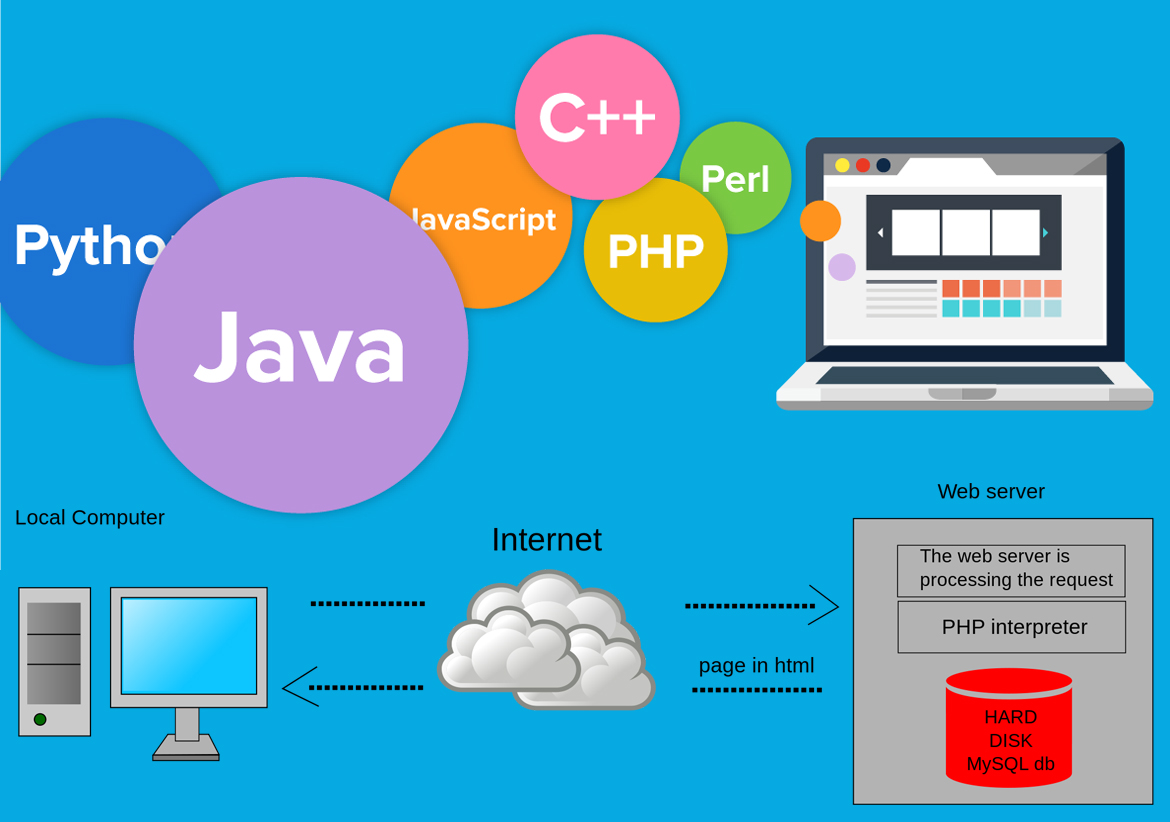 How many server-side scripting languages are Used?

How a website appears like really based on the script languages which are utilized in creating the website. Not just that, scripts can also develop applications as well. So, we understand that they are essential to everything which is linked to a website.

The important purpose of scripting languages is to allow the computer better understand a command offered to them by a human being. PC cannot recognize the spoken words of a person, therefore; we require a different method to communicate with the machine. With the help of these languages, one can easily put commands and ask the computer to complete any job that has been offered to it. There are different sorts of scripts available and work on similar basic functions but some have special capabilities from others as well.

Have a look at the popular Server-Side Languages

PHP: The highly admired server-side language on the internet is undoubtedly PHP which is planned to pull as well as edit information directly into the database. It’s most generally bundled with records marked in the SQL language. PHP was planned firmly for the internet and remains one of the most broadly used languages all around. It’s simple to install as well as organize, is staying aggressive with lots of contemporary frameworks, and is the base for various content management systems. The sites powered by PHP are named as Wikipedia, WordPress, and Facebook.

Python: With some lines of code, the Python programming language is quick, turning it perfect for finding things to market immediately. The prime focus is on readability and ease, which turns it perfect for the starters. It’s really powerful and the oldest of the scripting languages work finely in the object-oriented pattern. Google, The Washington Post, and YouTube are powered by Python.

C#: it is a popular language of Microsoft’s.NET Framework on the internet. C# combines efficiency and flexibility by joining the best prospectives of the C and C++ languages. It’s superb for developing Windows applications, Android mobile apps, and iOS, with the assistance of a cross-platform technology such as Xamarin.

Ruby: If you’re hoping difficult logic on the database area of your site, the Ruby programming language is supposed to be a better choice. Different from Python, Ruby is equal parts straightforwardness and difficulty, pairing easy code with high flexibility and additional tools. Ruby packs the back end with database purpose that PHP and SQL can give as a pair—it’s amazing for startups, quick maintenance, as well as high-traffic requirements. It demands developers to make use of the Ruby on Rails framework, which has huge libraries of code to update back-end development. Popular websites such as Twitter (originally), Living Social, Hulu, and Basecamp are powered by Ruby.

C++: amazing for difficult applications to built on the.NET Framework, the C++ programming language is not easy but high-powered language that works finely for heavy data websites. Speed is based on C++, and it runs well next to other languages such as Python and Java.

Erlang: it is normally known as a general-purpose programming language. Erlang is also a parallel language, which implies different processes can run at the same time on the language-level without outer library assistance. This language is ideally used in the LYME and LYCE stacks, several CMS and databases, Facebook chat, GitHub, and Goldman Sachs, assisting its high-frequency business needs.

Java: A separation of the C language, Java appears with a vast ecosystem of append software elements. At its center, Java is a difference of C++ with a simple learning curve, additionally, its platform self-governing thanks to the Java Virtual Machine. “Gather once, run anyplace” is its slogan—and it’s superb for enterprise-level usage, high-traffic sites, and Android apps. The best of Java sites are AT&T, Salesforce, and Verizon among others.